What are the Superkarts Australia Bank details?

What is the structure of Superkarts Australia Pty Ltd (SKA)?

SKA is an ASIC registered Australian Proprietary Limited Company/Corporation and SKA is governed by Australian Company Law and ASIC regulations.

SKA currently has 3 Directors registered with ASIC, who are Phil Silcock - Chairman and Company Secretary, Anton Stevens, and Mark Hanson. Subject to ASIC regulations and the terms of appointment, the company is managed by these Directors. All directors have many years of experience within the superkart category.

Who organises and manages the National Series race events?

In addition to the directors who all play a role, SKA appoints Official assistants at race events whom have many years of event management and technical experience and who hold in most cases CAMS Officials' Licences. They include Pamela Pegoraro and Barbara Hepworth, Graeme Williams, John Mason, and Clint Brown among others.  SKA seeks to run events to a high level safety and racing standard, and provide a ‘level playing field’ environment for competitors.

After the CAMS 2015 withdrawal of the Australian Superkart Championships Drivers Titles from Superkart Category, SKA sought alternate arrangements for future series. Feedback from championship competitors encouraged SKA to secure an ongoing race series format similar to that of previous years.  Although moving to a three round series in 2016 was not an initial objective, forming a racing relationship with an additional promoter was considered an advantage to better secure a superkart championship series into future years. After trialling three rounds in 2016 for viability and competitor support, the clear feedback was that a majority preference is for two rounds. Time off work, race travel away from home, and budget were primary reasons for competitor preference. Competitors did indicate that a Two Round Series was preferred over a single event. The current race format of four races is also majority supported.

Why does SKA run a multi round series for the SKA Nationals?

Competitors have indicated that a multi round series is more likely to determine champion drivers and avoids the ‘bad luck weekend’ situation that can occur for entrants at a single event.  Most racing categories use a ‘more than one event’ for high level racing series to improve the status of the event and acknowledge the driver’s achievements. Multi-rounds also ensures a ‘level playing field’ situation whereby locals do not hold an advantage of home track experience at each venue.  In addition, with the series visiting various circuits, this provides an avenue for locals to partake, even if they are unavailable for another round that year.

Why is the Superkart Nationals held with certain promoters/race circuits, and are any other avenues and promoters considered?

SKA has over time contracted with The CAMS National Racing Championships previously because they provide a stable and well managed race series that visits the premier circuits and supported the former CAMS Australian Superkart Championships. SKA has also sought to contract with other viable and professional motorsport organisations such as PIARC, AASA, ARDC, and others to provide high level superkart racing opportunities and supplement the series rounds. Some other promoters offer alternate race events of interest, however they may be considered less stable with a lack of formal contractual guarantee to perform and may have an unclear forward plan for subsequent years. SKA does not underestimate the advantages and difficulty of maintaining relationships with multiple promoters for ongoing security of Superkart National Series looking forward. It is a challenge to maintain a permanent category slot at championship racing level when other categories are trying to gain entry.

What is the role of SKA?

The role of SKA is to provide viable and sustainable high level racing opportunities for racing members. This previously included a delegated responsibility to run the Australian Superkart Championship, which Driver’s Title has now been withdrawn by CAMS Ltd. SKA has received significant indication from its membership to maintain a high level race event structure in the form of a multi-round National Series for competitor excellence and to showcase premier superkart racing.

Does SKA participate in Social Media?

The short answer is No, however SKA will protect its reputation and event status against incorrect social media or other statements made.  Social Media often is a platform for ‘false news’ and various attitudes that are counter-productive and time wasting for a volunteer management group whom are busy enough organising racing for members.  SKA does not intend to get into debate about its activities because our members are the group whom guide our course.  This member group is largely a silent majority whom simply enjoy SKA activities in addition to their other racing interests.  SKA intends to serve the racers of Superkarts.

Are the Directors paid for service?

No. The Directors receive no remuneration for their service. Directors are appointed by the current Board to work in the interests of the company’s role in an honorary capacity. The Directors regularly cover their own travel and incidental costs. Directors who make payments on behalf of the company are only reimbursed for expenses that have the prior approval of the Board.

What is the difference between the company structure of Superkarts Australia Pty Ltd, and the structure of ‘My State’ Superkart Club Incorporated?

SKA is an ASIC registered Australian Company/Corporation. SKA is governed by Australian Company Law and its ASIC registered Constitution (view on ASIC website). SKA has directors registered with ASIC who have lawful legal responsibilities and obligations of propriety. Clubs are generally Incorporated Associations which are entities usually under state government level departmental controls, with a floating office bearer situation, and are mainly designed for state based activities of community or non-profit nature that do not operate across state borders.

What is the relationship between SKA and CAMS Ltd?

SKA was registered in 2008 to initially run the business of the 2008 and 2009 Australian Superkart Championships.  The initial management team had been involved in running the Championship since 2006, and CAMS required a formal entity be formed. SKA was appointed by CAMS as Superkart Category Administrator in February 2010 to conduct a delegated role that includes management and running of the Australian Superkart Championships, until end2015.  SKA will liaise with CAMS as required to access opportunities to provide the best possible platform and arrangements for superkart category national racing.

What is the formation history of SKA?

The following attachment, which is a widely published letter from the AMRC Chairman to CAMS Superkart members, explains the formation history Download Here.

Why do I need to pay a race administration/SKA membership fee?

Racing with the CAMS affiliated SKA provides you with access for entry in the Nationals Series Superkart Championships conducted by SKA. It is similar to other CAMS and AASA category arrangements, like joining the Formula Ford Association to run in their Series/Championships. This administration fee assists SKA to provide the basic structures necessary that are required by promoters to be recognised as a bonafide race category to be covered by insurance/s, and to administer and run the race series events.  When dealing with Race Circuits, Race Meeting Promoters and Organisers and the other entities involved, it is a prerequisite of their insurances and governance that each category management must demonstrate formalised racer membership to ensure a chain of responsibility and racer group control, and contain insurance coverage/exposure by category group.

What is the purpose of the SKA Nationals Series Registration Scheme?

The SKA Registration Scheme is a system devised so that superkarters pay a deposit towards their participation in the Nationals. When run the Deposits assist SKA to pay if required a Deposit to the Series Promoters, currently the ARDC and TCNRC, to secure the event places for the superkart category. In return of this expression of faith by racing members, discounted race entry is part of the scheme.

When SKA announces the Series Registration Scheme, why are there extra event Entry Forms to fill out later?

Registrations are a lodgement of a ‘Form of Intent’ to take part in the Nationals Series with a paid deposit. That is separate to lodging an entry at each of the events. At each round there will be an Entry Form specific to the round and other necessary documents to complete. At times SKA is contracted to different race meeting promoters who have differing document requirements.

Why is a company necessary to run the National Superkart Series?

Superkart Nationals are conducted over a series of events with arrangements contracted with motorsport governing bodies and their insurers. Organisations that run events at this national level are structured as efficient business entities to provide legal and secure financial arrangements. SKA is structured similarly so as to present an ethical and professional business structure and image to enhance confidence in dealings with organisations. An ASIC national company entity structure legally allows national business dealings that may not be allowed to state administered incorporated associations.

How are the directors of SKA selected?

The Board of SKA select the directors for the company by a nomination and voting process. The directors of SKA have been selected on the basis of a number of criteria including their experience and ability to support the operation of SKA and its purpose without conflict of interest or bias, their representation of the sport in their home state, and their capacity to operate as a team player and work cohesively with fellow directors.

Does SKA operate at a profit?

Since inception SKA has been able to operate at a small profit and the profit made is retained within the company for the betterment of the sport. Typically each event requires SKA to take financial risk on the returns from the event. Whilst some events in the past have resulted in a financial loss, SKA has in recent times been able to balance the costs and income to ensure a satisfactory outcome. No dividends are distributed at any stage and any profit is retained for future financial security to run and promote events.

Does SKA maintain proper Accounts? For transparency of dealings, SKA uses a reputable accountancy firm with connections to superkarting for lodgement of ASIC documents, monitoring of statutory compliance, and maintaining financial accounts. A Year End Financial Report can be downloaded by clicking HERE. (How often do you see your Club’s financials published?) 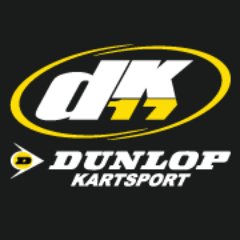